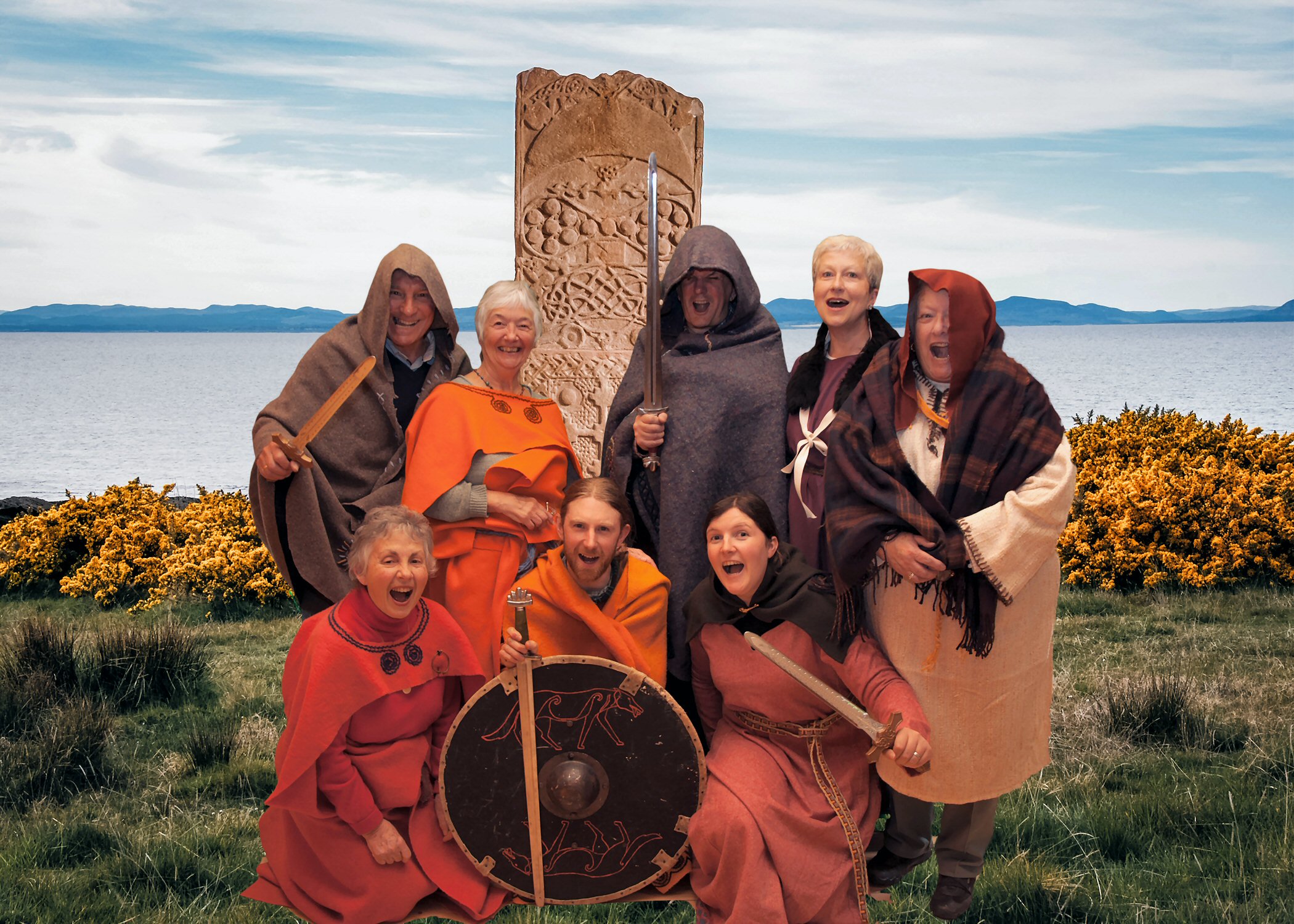 It is a very small independent museum managed by a Board of at least five trustees and run by volunteers with the assistance of, currently, two part-time members of staff who each work one day a week. The Board is advised by specialists who are invited to attend Board meetings regularly or on an ad hoc basis. An independent museum mentor (as required by UK Museum Accreditation Scheme also assesses the general competence of the museum at least twice a year.

Doug Maclean
Chairman of the Board
Doug spent half his career in the public sector, as a government scientist and director in local government, and half in business consultancy. He was heavily involved in winning EU funding for a range of multinational projects. His love of museums stems from his childhood when he regularly visited the Royal Museum in Edinburgh, which he loved – so many buttons to press and levers to pull!

As part of his consultancy he has worked with various museums including the Highland Folk Museum and NMS. He was born and brought up in Dunfermline and studied at Edinburgh University before joining the government as a ‘boffin’ in England where he lived with his family for 20 years, working in and around London. He came to the Highlands when he was 40.

Paul Pritchard
Treasurer
Paul is a retired accountant who relocated with his wife, cat and dogs to Rosemarkie from Cambridge in 2017. Prior to retiring he worked as a finance director in major insurance and merchant banking companies. He was also a local parish councillor and treasurer/trustee of several local amenity charities. Since relocating he has continued to be involved with local community based organisations.

Paul’s interests include photography, dog walking and nature watching and he is currently a Shorewatcher for Whale and Dolphin Conservation and an RSPB volunteer at Tollie Red Kites.

Barbara Cohen
Barbara joined the Board in 2002, bringing experience of education, manufacturing, publishing and running a management consultancy business. Her involvement with Groam House and lifelong interest in early history and archaeology has led to an increased love of the museum, its Pictish stones and its friendly volunteers. She has served as Company Secretary, Chairman of the Board and advisor for the George Bain Collection.

Barbara grew up in Hertfordshire and North Yorkshire, is a graduate of Edinburgh University and worked in Hertfordshire, Thailand and Glasgow before moving to the Highlands with her husband some 25 years ago

Sylvia Macdonald
Sylvia has had a home in the Black Isle for over 50 years and has been a Life Member of Groam House Museum for over 20. She’s had a long and varied career, mainly in research and lecturing, primarily at the University of Glasgow and latterly at Anniesland College. Her specialist area was Business Development whilst also lecturing in most business subjects from finance to personnel.

Sylvia has an International Master of Business Administration from Glasgow University and was Chairman of the Institute of Chartered Management running a busy agenda for manager development. On retirement Sylvia continued her hobbies of tennis and gardening whilst developing an interest in local history. She is a member of four local history societies.

Lynne Mackenzie
Lynne studied art and design then achieved an MA Hons in History of Art from the University of Aberdeen. She’s worked as a curator, exhibition producer and marketer for some of Scotland’s leading arts and heritage organisations such as Glasgow Museums, Society of Scottish Artists, Royal Glasgow Institute of the Fine Arts and the Estate of George Wyllie.

Lynne lives in Rosemarkie and works freelance in arts and heritage and designs websites while developing her own artistic practice.

Richard Hotchkis
Richard was born in Aberfeldy but spent most of his childhood in St Andrews. On completing his education, which included degrees in economics from Stirling University and the LSE, he worked on development projects in Botswana for two years before returning to the UK to pursue a 30-year career as an Investment Manager for the Co-operative Insurance Society in Manchester. He then moved to Guernsey where he worked as a company director for investment companies until 2019.

Upon retirement Richard and his wife relocated to Fortrose. His love of museums led to a 25-year involvement with Saddleworth Museum in the Pennines, which he helped develop into a fully accredited museum with a curator and education service.

Jan Donald
Jan studied Scottish History at Glasgow University and Cultural Studies with UHI. She’s had a variety of research-based jobs including working for the National Museums of Scotland and the Highland Council’s Am Baile website. Prior to retiring in 2017 she was working for the Highland Archives in Inverness. Jan was brought up in Millport on the Island of Cumbrae and she and her husband moved up to the Highlands over 30 years ago to settle in Dingwall. She spends her free time walking her dogs, writing memoirs, cooking and dancing round the kitchen – not all at the same time!

Helen Avenell
Advisor
Helen is not a board member but attends meetings as Curatorial Advisor providing input and advice on a range of strategic and operational issues. She has over 20 years’ heritage experience and was previously Curator of Scottish History for Glasgow Museums. Since moving to the Highlands in 2004 Helen has developed a wide-ranging freelance creative practice working with small, community and volunteer-led museums. She also works for MHH (Museums & Heritage Highland), and independent membership organization supporting the development and sustainability of the heritage sector in the Highlands.  Helen hails originally from Ullapool but is now based in Forres, Moray.

Carola Martin-Smith
Administrator
As Groam House Museum’s administrator, Carola attends board meetings to take minutes and report on the Co-ordination Group and volunteer related matters. She grew up near Glasgow but moved to the US east coast at 16 where she subsequently achieved a BSc in Business Admin and an MBA while working with General Electric in Maryland. She moved back to the UK in 1990 and worked with Nokia and Dell Computer Corporation before moving to Fortrose in 1998 with her husband, Keith. Together they set up a software development company.

Carola has worked with the Highland Hospice, the Learning Support Department at Fortrose Academy and with Groam House, on and off, since 2009. She is a keen gardener and enjoys messing about with textiles and a sewing machine.

Since retirement, Jenny has been heavily involved as a trustee and workshop trainer with U3A. She also organises local craft fairs including the Highland Wool and Textile Festivals and bi-annual Black Isle Gathering (BIG).

The museum is a Scottish Charitable Incorporated Organisation and its constitution can be downloaded here.

The following papers were presented at the 2019 Annual General Meeting and are available for all.