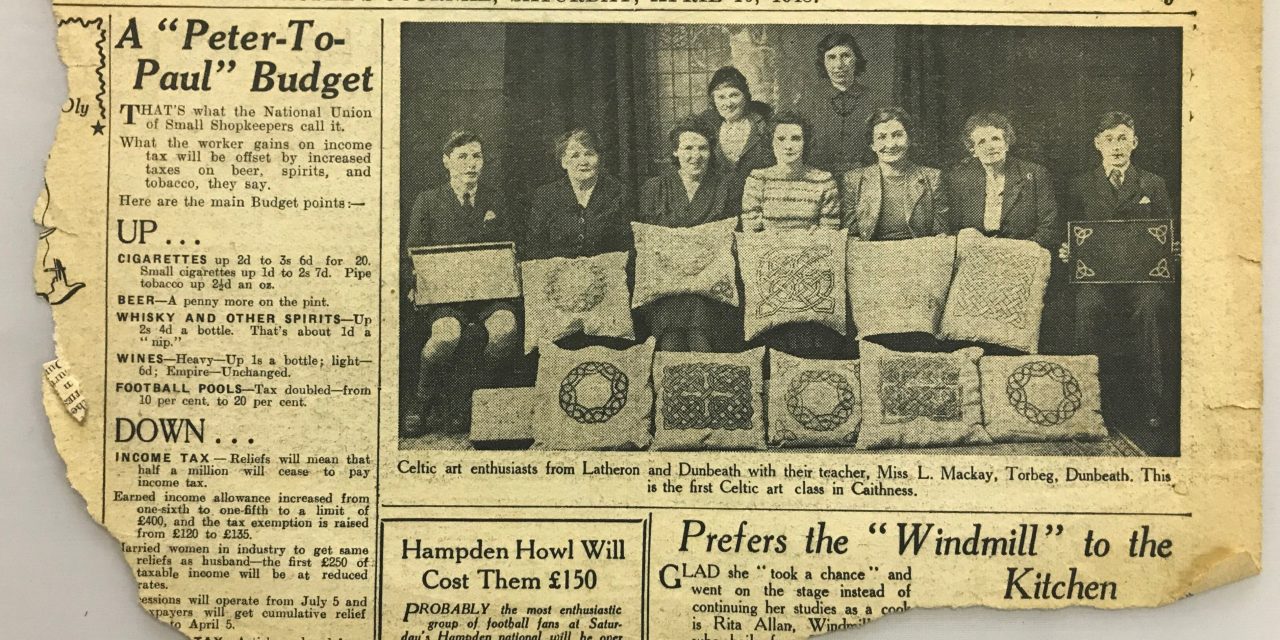 George Bain was a big collector of newspaper cuttings, but it is not always clear why he kept the cuttings or how he was involved in the activities being reported.

Take this 1948 press cutting featuring students from Latheron and Dunbeath in a picture of “the first Celtic art class in Caithness” – was Bain involved in the class? Or did he inspire it? Or was he simply interested in any Celtic art?

The newspaper cutting has quite a poor-quality picture in which it is hard to see the details, so I was delighted when I discovered the same group photographed in the Johnston Photographic Collection. Using the clearer image from the Johnston Photographic Collection, we can see that the two cushion covers highlighted in red boxes below are embroidered with the same interlace design.

This particular design appears on plate 1 of George Bain’s book on knotwork panels – below. This panel is particularly interesting because Bain repeatedly calls attention to the difference between this panel and Pictish panels, and states that he has created this simplified design for beginners. The use of this design on the cushion covers made by the Celtic art class shows that they had access to Bain’s work in some way.

Having discovered this link, I went back to the George Bain Collection to see if I could find links to any of the other cushion cover designs made by the Caithness class. Frustratingly, however, although the collection contains a wide selection of embroidery transfers – like those below – I was unable to find any that matched those in the photograph.

So the precise nature of the relationship between George Bain and the Caithness Celtic art class remains a mystery for now – but I am confident that sooner or later someone will find something in an attic in Caithness that will help us to solve the msytery! 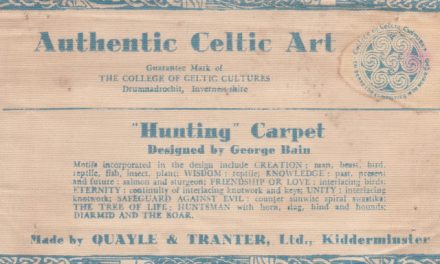 THE INTRIGUING TALE OF THE ‘HUNTING’ CARPET 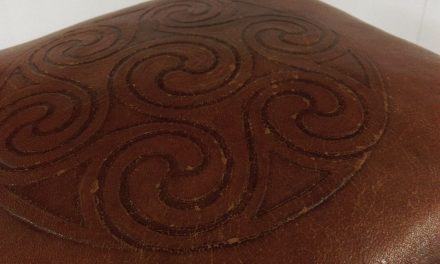 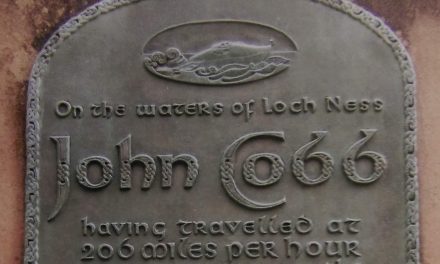 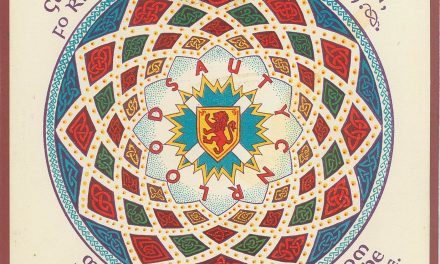